It’s the time of year when everyone embraces the dark and frightening themes of Halloween. Every TV show, candy brand and TV commercial features something creepy. For those of us that don’t love scary things, we can’t wait for November 1 to roll around and be done with the frights. For you fellow scaredy-cats  — and everyone else, really — we present Halloween Comedy Movie Trivia. We may have been a little ‘fast and loose’ with the definition of a “Halloween Movie”, but it’s not like we’re calling Die Hard a Christmas movie. (We can debate that another day…)

Scroll down to find the correct answers (and the movie’s trailer). Grab yourself a cup of coffee and GOOD LUCK! 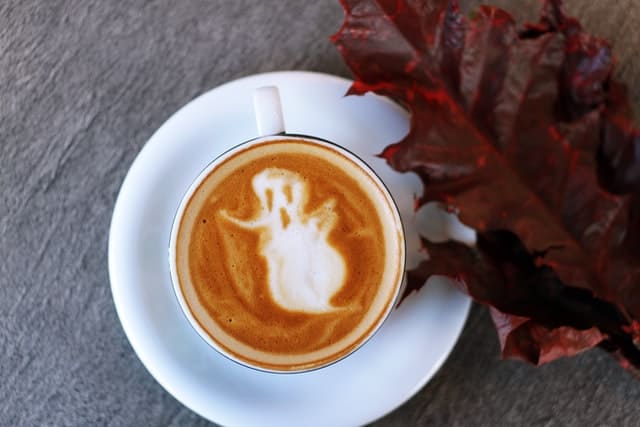 How’d you do? Did you get them all? And, yes, I know some of these aren’t technically “Halloween” movies (Teen Wolf and Ghostbusters … and Beetlejuice and probably Hotel Transylvania), but close enough.

Header photo by cottonbro from Pexels

Update: Scroll to the bottom of this post to see all the questions and answers!
Maybe it’s because Halloween is coming, or maybe it’s because The Walking Dead returned to AMC recently, but I’ve got zombies on the brain. They’re so creepy yet funny with their rotting flesh, shuffling gait, and blank expressions. As one zombie-battler said in 2004’s Shaun of the Dead:
“Just look at the face: it’s vacant, with a hint of sadness. Like a drunk who’s lost a bet.”
And what’s with that constant craving for brains? No matter how many people they’ve eaten, they’d kill for one more. You never hear a zombie say, “No thanks, I’m full.”
How many zombie movies have you seen? Would you know what to do if faced with the living dead? Answer our daily zombie trivia question and find out. END_OF_DOCUMENT_TOKEN_TO_BE_REPLACED

Summertime is here, which means, obviously, big budget movie explosions. Add to your summer movie-going experience by playing bingo with friends to see who will be the first to find a snug superhero costume, angry alien or someone yelling “It’s gonna blow!” (Don’t forget to click on the tiles to find examples for things like “Shia Lebeouf saying ‘No, no, no, no!’”). Check out the interactive bingo card after the break. END_OF_DOCUMENT_TOKEN_TO_BE_REPLACED 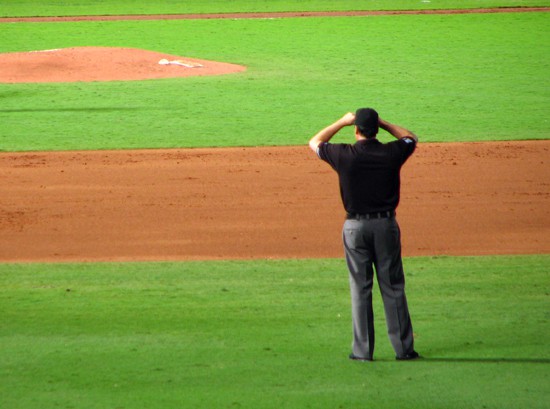 Baseball spring training is upon us. In a few short weeks the league will be in full swing and the Pittsburgh Pirates will be mathematically eliminated from the playoffs. Our thoughts turn to the crack of the bat, eating crunchy Cracker Jacks and sitting on our couches watching … well, not actual baseball, but movies about baseball. (Let’s face it, baseball can be a bit slow.)
To prepare for the season test your baseball movie trivia knowledge by seeing how many movies you can name from the quote list below after the break. Remember, there’s no crying in baseball movie trivia. END_OF_DOCUMENT_TOKEN_TO_BE_REPLACED

Department stores are starting to sell Christmas decorations, which can only mean one thing: Halloween is right around the corner.
There are several ways one can celebrate Halloween. You can carve pumpkins, wear crazy costumes, or beg your neighbors for candy (which APPARENTLY is socially unacceptable at my age…). Our friends at Film Fresh are celebrating the scary season by offering 20% off all movies through midnight on Halloween (Oct. 31). To get the deal, just use the coupon code FFHWEEN2010 during checkout.
This promotion could not have come at a better time, because our favorite DivX Halloween tradition is watching scary movies. So, every day for the next 10 days, we will be recommending a different film that we think would be perfect for this time of year. Each movie can be purchased (sorry, U.S. only*) and downloaded immediately from Film Fresh for playback on your DivX Certified device. This means that you can not only enjoy your scary movie on your computer, but you can play it on your DivX Certified portable DVD player or mobile phone and watch it while camping in a haunted forest or roaming around graveyards at night. (You do that, right?)
Click through the break to see if you can guess our movie recommendations and even win a prize. END_OF_DOCUMENT_TOKEN_TO_BE_REPLACED